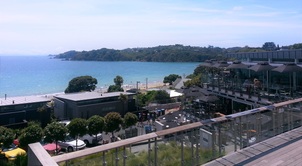 1. June the hotel manager
On the beach front I approached June to ask a question regarding the houses on the island. June was a smaller person who was about 60-70 years of age.  When I spoke to her initially she seemed put off, but when she warmed up to me she explained that she had just broken up with an American man yesterday because all he wanted to talk about dumb American shows and she was “more of a sophisticated UK type”.  I was inwardly amused that she broke up with someone for media preferences but was interested in what that meant for her values and what her opinion of Americans were.

​Her initial thoughts were going for the dumb direct humor and always with the drama instead of solving a problem and moving on.  Being selfish and loud.  She blamed it on education and we started a conversation on how education in America worked:  A lot of time testing, and not enough time catering to diversity, removing the arts, and the American imperialist view of english and STEM. We spoke about the corporation of text books reducing our access to knowledge because texts were coming out of only 4 companies.  By the end of the conversation she said i had turned her view of americans around and I learned a lot about New Zealand’s views of America but comparing it with prior experiences I could also see that it had significant problems too.  A perfect example of cultural relativity. 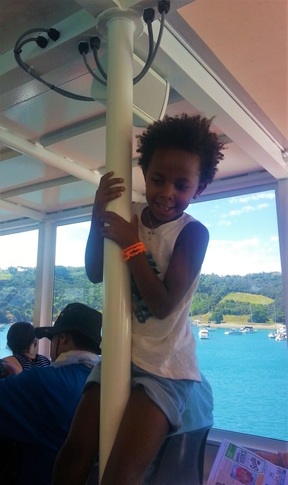 The girl on the ferry on the pole.
Fantastic artist as well.
2. The 6 year old girl:
The rest of the day passed by in bliss with beaches, life drawing, and winetasting.    The next cultural experience came with a young 6 year old girl I met on a ferry.  She was climbing the pole that was holding up the second deck on the ferry.  She was tremendously proud of her achievement hanging out on the post and everyone was looking at her rather adorably.

She was accompanied by what seemed to be an adopted mother and two grandparents that she was very close to.  I was smiling and when I pulled out my phone to check it when she yelled, “I know what you’re doing?!”  I responded by asking what she thought I was doing and she said, “You’re going to take my picture!”  Kind of taken aback I asked if she wanted me to and turned to her parents and grandparents inquiring.  They all nodded me on saying yes yes please do.

I took her picture and drew it in my sketchbook which propmpted her to say I was a good drawer. She asked if I was an adult or a child and unsure what her distinction I was told her I was the most childish adult she would know.  To which she used as an argument to say I was not an “artist” because you can’t be an artist until you’re an adult.  She asked me if I could draw my phone and I did.  I added my hand to make it hard, she gasped, and then I taught her how to draw.  We drew a flip-flop, my hand with a phone, and she had me draw her in more detail.  I then turned it over to her and asked her to draw her phone; and this is where it got interesting.

She drew, not the box on her phone first, but the apple logo first.  Before drawing the box for the phone she drew the apple logo.  She as a child has been inundated with this branding so much that she has drawn the logo for the phone and flip flop before anything else.  This reminded me of the child psychology for drawing in that children often draw the noses and eyes of those important to them before they draw the other facial features because it is the primary way they differentiate things in their world.

At the end of our boat ride I wrote a letter to her to encourage her to never stop being curious and got up to leave but the parents stopped me, thanked me, and said that whenever a potentially ikmpactful thing happens to their daughter they want contact information for later on in life.  I was surprised but happily obliged. 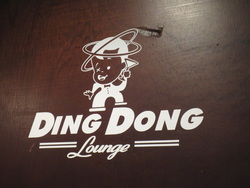 Visit their Website!
3.  The Ding Dong Lounge
After a brief outing to the sky tower in Auckland so everyone could see the view it was up to us individually to experience New Years in Auckland.  We saw a ton of sights including some steampunk pole dancers in the square and we went to an alternative counter cultural club called the Ding-Dong for the night.

Ding dong is a rock bar attracting a gothic and punk audience.  While there Selene and I met an entire group of very nice musicians and counter-culture people similar to those I normally hang out with including Natural and Simon.  Simon had several piercings and hot topic clothing he had obviously bought online rather than locally.  He told me that it was a relatively lonely life for this counter-culture where everyone knew everyone because the community was very small.  It was Simon’s birthday and Natural was there to celebrate with him.  Natural was a Ukrainian student turned resident because he loved the place a lot.  He is a travelling musician now.
​
The club saw a lot of bands that I didn’t expect playing and most of the songs were older confirming my prior thought that New Zealand is quite behind on the times.  Despite this it was a great time. ​​